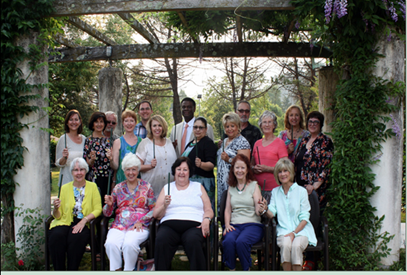 Amazing, amazing, amazing. God’s timings and sendings are everything! As Miriam and her apostolic team fulfilled the vision given to her to take the Rod of God to Venice, Italy, authority in the power of God opened the heavens over that area for the Gospel to have free course.  As a prophetic apostolic team, eighteen of us took the Rod of God and the Music of the Spirit to one of the main international hubs of the world and to Italy’s highways and byways in an extraordinary week of Holy Ghost ministry that reached people from many nations.

This ministry team, led by the Spirit, went into diverse places.  We exercised authority over ancient powers arrayed against the Kingdom of God in that area. We ministered individually with gifts of the Holy Spirit, words of knowledge, healings, and prophetic words. Divine personal sendings and heavenly assignments were fulfilled. The gifts of the Spirit and the genuine love of Jesus profoundly touched many hearts. People eagerly received the Lord Jesus Christ and were in awe that He sent someone especially to them to minister exactly what they needed. 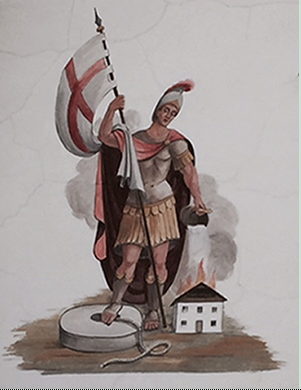 At Cortina, high in the Dolomite Mountains, as we prayed for supernatural connections in the realm of the spirit that would open the way for the Gospel, we were amazed to find that the very place the Holy Spirit led us to contained the inscription, “This is the place where the rods connect.” From the water taxis of Venice, we exercised territorial authority over the dominion of the powers that hold back the Gospel in that area of the Adriatic.  We are grateful to the Lord for the anointing He imparted to each of us in our individual roles as we declared the victory of His Kingdom over all other powers. 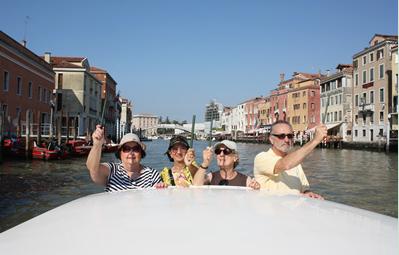 We rejoice greatly for the individual souls who received true salvation as they asked the Lord Jesus into their hearts.  Anointed music reached people’s hearts in amazing ways. The Lord brought us to many public settings: restaurants, hotels, and other places where whole groups of people were ministered to by the Holy Spirit through God’s anointed musicians.

The fields truly are white unto harvest. God has the right person who can reach another, but it takes eyes to see how to proceed, and it requires His nature, His Spirit alone, in the hearts of His servants. We pray the Lord prepares and sends many more laborers into His harvest, and we thank Him for all He accomplished in this mission for His glory.