Privileged To Be Israel's Friend 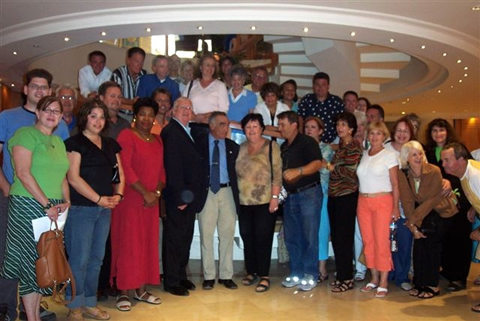 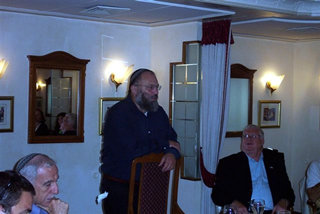 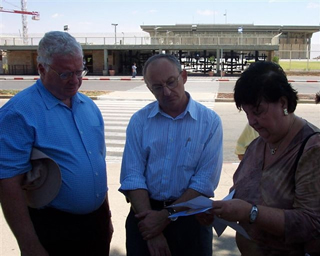 Miriam and Richard Hellman with MK Arieh Eldad, Israel's former Surgeon General, in front of the Knesset. Miriam is presenting a vision for Israel, for "without a vision, the people perish." 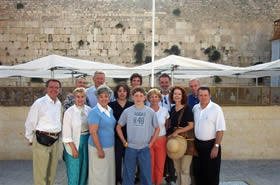 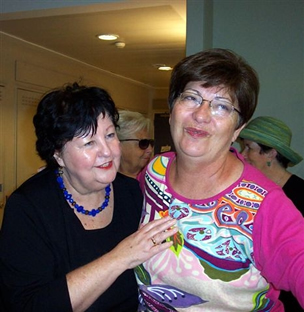 At Hadassah Hospital, Miriam ministered to this grandmother of a ten year old boy who almost died in a terrorist incident which left a bullet lodged in his brain. She was so touched by the presence of God upon our music that she forgot all her problems! 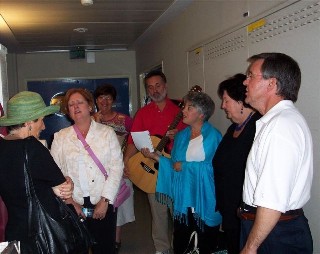 Praying outside the intensive care unit for the critically unconscious boy. He regained consciousness the day we came home, having received the needed medical improvement! Barbara Sofer, in green hat, at left, had been praying for him to awake and for us to return, remembering our contribution by the Spirit of God when Natan Sandaka received multiple medical miracles after stopping a suicide bomber and taking the impact of the blast into his body. 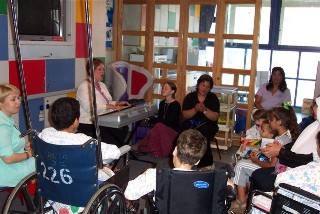 Brenda Zedlitz at the keyboard, ministering at Hadassah Hospital. 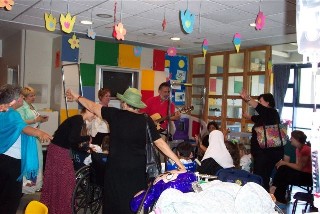 Rev. Steve Forrester's new song of the Spirit had everyone in the children's ward flying as eagles.