Because we were in the perfect will of God, our ministry in India in March 2006 was filled to overflowing with satisfaction and awe. We had fasted and sought the Lord the week before we left on this remarkable journey of humility, for we knew the secret would be in following the guidance of the Lord Jesus Christ, and guidance requires self-surrender. What we gained in ease and glory was profound as we continued to walk softly before Him.

This was apostolic ministry, for the Holy Spirit made great and profound impartations to ministers who will reproduce the works of God. We went at the invitation of a pastor who was so moved by the Word of the Lord concerning Ariel Sharon and Jerusalem at our New Year's Eve conference that he wanted to host an intercessory prayer conference centering on Israel. And the Lord answered mightily, the spirit of intercession falling upon the people as they opened their hearts unto God and cried out for a great tribulation harvest.

We ministered day and night, and we saw tremendous healings by the power of God. Mighty power ministered through cloths, as is mentioned in Acts 19:11-12, brought great miracles of healing and deliverance.

People were baptized in the Holy Ghost. 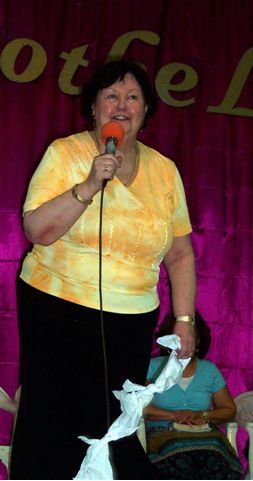 Powerful healings, deliverances and miracles by the power of Jesus Christ took place in every service. 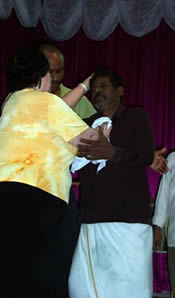 One paralyzed man, a quadriplegic who had been unable to move his arms or legs for seven years, was brought a long distance for prayer. His body felt like stone until the Lord released him. 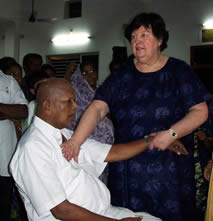 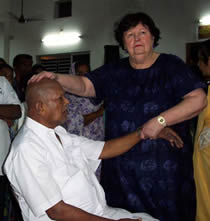 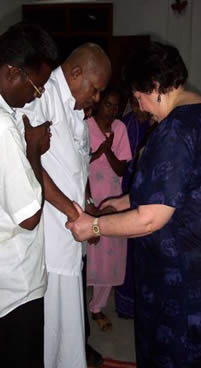 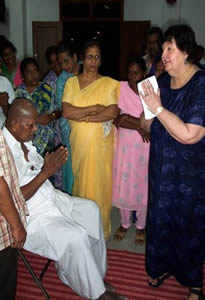 He recovered the use of all his limbs, took his first steps by the power of Jesus Christ, and left the meeting with assistance but under his own power! 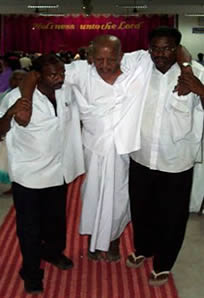 He was shocked to find himself able to move again, but he came a second time to give reverence to God for working so wonderfully on his behalf. To God be the glory! 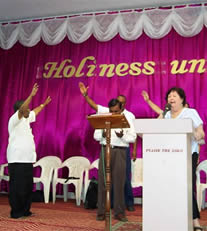 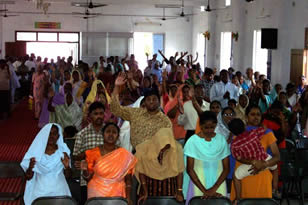